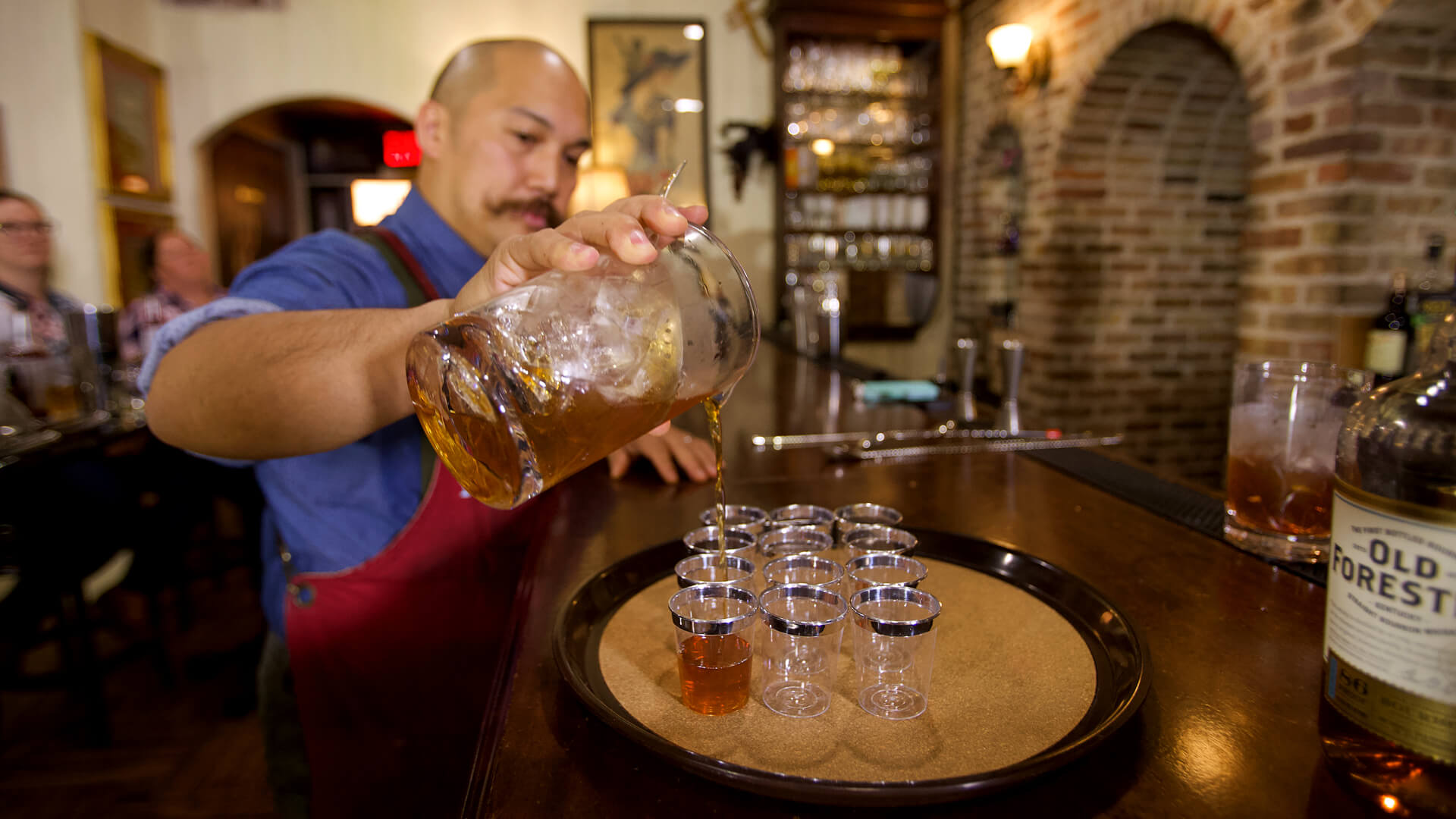 Did you know the speakeasies of the Prohibition era were also called blind pigs and blind tigers? Stuffed tigers were typically displayed in illegal bars and clubs to draw attention to the fact that alcohol was still available after hours. Because the authorities were unaware of their existence, the “tigers” were “blind.”

During Prohibition, the demand for alcohol soared. As a result, another culture—often run by members of organized crime—emerged for those who saw an opportunity and financial advantage in defying the new rule and meeting the public demand. Speakeasies included glitzy clubs with jazz bands and ballroom dance floors as well as dingy backrooms, basements, and apartments. In addition, men and women were no longer segregated when it came to drinking.

Advocates of Prohibition celebrated the law’s early “success” as drunkenness charges decreased and medical statistics revealed a sharp fall in treatments for alcohol-related ailments. Statistics also showed that drinking had declined before Prohibition for several years. Many believed that any further decline was caused primarily by the high price of illegal alcohol than by the legislation itself.

Whether you call it a tavern, a saloon, or a speakeasy, even today, the appeal of private drinking dens, often tucked away in back alleys or concealed behind fictitious doors in unassuming storefronts or fine dining establishments, is still very powerful. Fortunately, you won’t have to dodge authorities when partaking in a delectable cocktail created by expert mixologists at one of the many so-called speakeasies of today.

So, next time you’re indulging in southern fried shrimp at your favorite Ormond Beach fine dining establishment or perusing Thrillist’s list for best under-the-radar speakeasies, don’t forget to ask for the “password.” Above all, enjoy a slice of history.