Coming Of Age – Prevent Girls’ Shut Down At Puberty 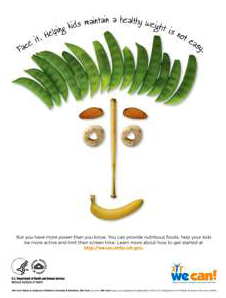 “When a girl’s body opens up with her first menstruation — her voice often shuts down…” pointed out Dr. Christiane Northrup during our radio show conversation.

The chakra system of energy-points, stretching from the base of our spine to the top of our head, is often likened to a snake. When energy flows unrestricted, it can undulate from its base and freely move upward.

The 2nd chakra, where our womb and reproductive organs reside, is typically dormant until a girl’s first blood, known as Menarche.

When a girl starts flowing, this dormant energy-point opens up and has to stay open in order for the flow to continue.

However, when cultural taboos around menstruation are so deeply seated — they produce such shame about bleeding that wounding is bound to follow.

Shame, embarrassment, and cultural taboo are destined to create restriction. When flow is restricted – blockage occurs.

What exactly is blocked?

At the onset of menstruation, when a girl’s womb opens up but meets negative cultural belief-systems, she experiences two opposing forces: her body opens and flows, while her emotions close up and retreat.

Since the womb (2nd chakra) and the throat (5th chakra), are closely related, the restriction typically shows up as girls’ interrupted ability to speak their truth.

Much scientific data, mostly from research conducted during the 1980s, points to a shift in girls’ classroom behavior during puberty. Girls who were outspoken, outgoing, and full of confidence, seem to withdraw, minimize their classroom participation, and develop low self esteem and poor body image, as puberty sets in.

Think about your own childhood and adolescence…

What kind of girl were you as a young child?

Were you similar during adolescence? Or was there an interruption? A change of direction? A withdrawal?

If you withdrew, did you ever recover?

Are able to speak your truth as a cycling woman?

Do you ask for what you need during your period?

Can you claim a quiet, rejuvenating space on a monthly basis?

Or do you push-on when your flow starts, continue working at home or outside it, while harboring resentment, getting irritable, and being snappy with those around you?

And if so, is this the model you wish to convey to the girl in your life?

When you work on reclaiming the voice you lost at Menarche, you not only recover an essential and precious part of yourself… you also model a new way of being to your daughter, and today’s girls at large.

Reclaiming your lost voice is possible (and recommended!) at any age, regardless of your menstrual status.

And modeling strong-voiced womanhood to the girls in our midst — will prevent yet another generation of females from closing down and losing their voices.

This is our gift to the next generation!